The city of Amsterdam, located in the province of North Holland, is the largest city and the capital of the Netherlands. It was settled as a small fishing village in the late 12th century. Its principal language is Dutch. During the 17th century, considered Amsterdam’s golden age, it became the wealthiest city in the world. Ships sailed from Amsterdam to the Baltic Sea, North America, and Africa, as well as present day Indonesia, India, Sri Lanka, and Brazil, forming the basis of a worldwide trading network, but prosperity declined during the 18th and early 19th centuries.

I found the Renaissance architecture style buildings interesting, and there are canals everywhere. Below, you will view some short video clips of our boat ride through the canals, and photos of our tour through the Anne Frank House.  Hope you will enjoy them! 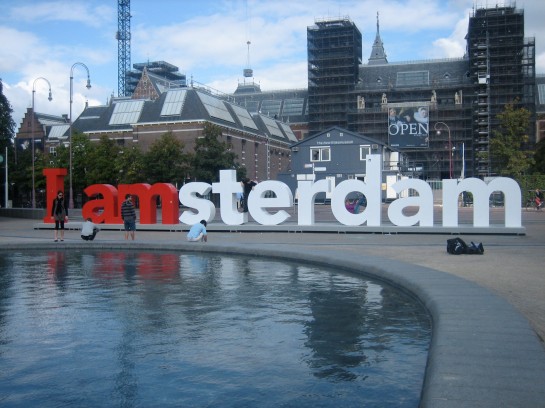 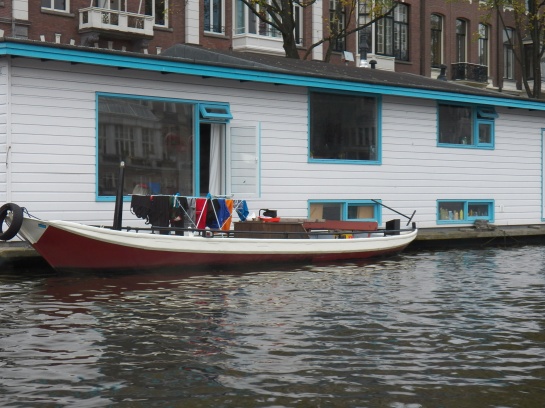 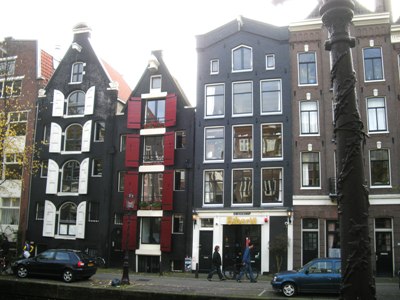 Bicycling in the Netherlands is predominant. I recently read there are 15 million Dutch people riding 12 million bikes across 10,000 miles of bicycle lanes. And, Amsterdam is the bicycle theft capital of the world. Our tour director, Emma, lives in Holland, and she shared with us that she has a car, but rides her bicycle during warm weather months. It is difficult to find a place to park your car, and much easier to maneuver the streets. I remember seeing a lot of older people riding bicycles as well – no doubt it would keep them in shape.

Bicycle lanes in Amsterdam have their own stop and go lights, and trust me, when the light turns green, you want to be out-of-the-way. Typical tourists were we, as we unknowingly walked onto the bicycle path, only to see a mass of bicyclists quickly headed our way. 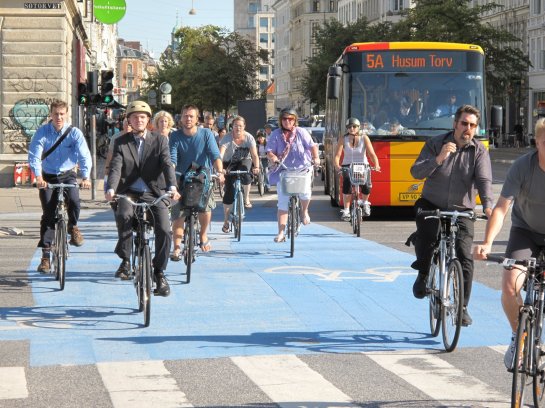 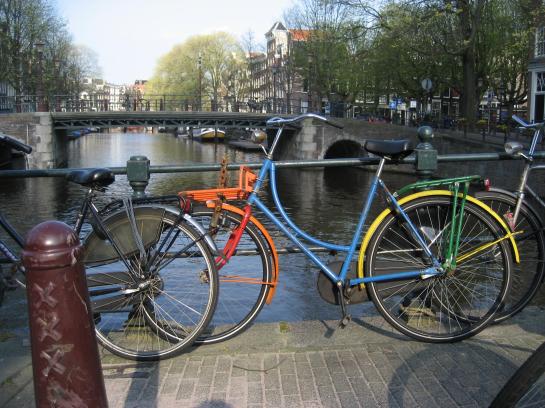 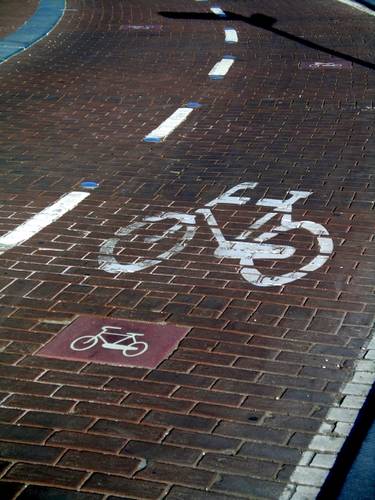 My most memorable experience in Amsterdam was visiting the Anne Frank House. I was deeply touched by this visit. I had a great-grandfather who was a full-blooded Jew, so I have always been interested in the Holocaust. Being able to walk on the same wooden floors, and see the actual handwritings of Anne Frank, was amazing to me. As of 2010, all of Anne Frank’s original manuscripts have been on display. Her famous diary, and other diary papers are on permanent exhibition. I was there in 2011, so was fortunate to see this. The pictures Anne pasted on  her walls in her room in the hiding place annex were quite interesting. As people toured throughout the house, there was a sense of reverence, a sobering atmosphere, and very little speaking. If anyone spoke, it was in a whisper. I left in deep thought, saddened by the visit. Video of the exterior of the Anne Frank House below. 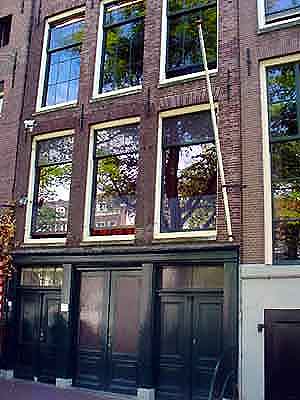 Above is the front exterior of the Anne Frank House 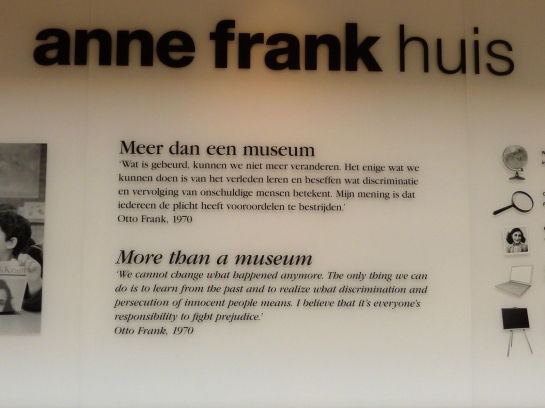 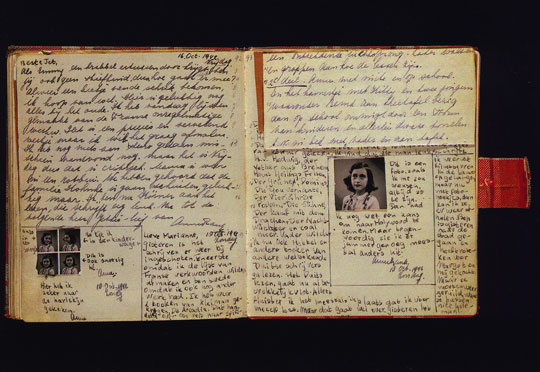 Above is the original diary of Anne Frank

Above is the attic in the Secret Annex